Windows 8 is right around the corner, as Microsoft will release it officially on October 26, 2012. This is why we released today novaPDF version 7.7 which is fully compatible with Windows 8. Thus, if you plan to upgrade your Windows version as soon as the new one comes out, it’s best that you download and install the new novaPDF version so you’ll be prepared and have it functional.

Please note, previous versions of novaPDF (i.e. 7.6 or lower) are not fully compatible with Windows 8. There is a problem especially on the 32-bit version of Windows 8 with these older versions. That’s why we strongly recommend you to upgrade to the latest version if you plan on using it on Windows 8. The upgrade is free for all users that purchased version 7.x (or an upgrade to it) and you can download it here: Download novaPDF 7.7

How does novaPDF look on the new Windows 8? Well to be honest it doesn’t look as good as on Windows 7, everything is much more…simple. You can judge yourself as this is how the main Printing Preferences windows looks like: 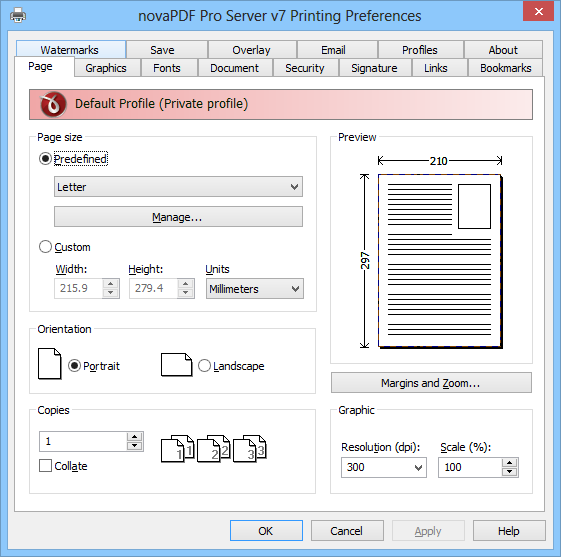 We’ve expressed some of our worries regarding the new version of Windows here, what do you think about it (if you got to test Windows 8)?